On Thursday 21st March, we hosted the Fairtrade Small Schools Football Competition. It was a great event with many of our local small schools competing.

Both the Year 5/6 team and the Year 3/4 team won their groups and went through to the finals. The Y5/6 team had a nail-biting final against Sapperton. After full time, neither team had scored. It was decided to play on and Sapperton scored first so they won. All Year 5/6 teams played very well. The Year 3/4 team won their final and are photographed here with their shield. All teams and the referees from Farmor’s returned to the school hall for delicious Fairtrade cakes. There was a super atmosphere. 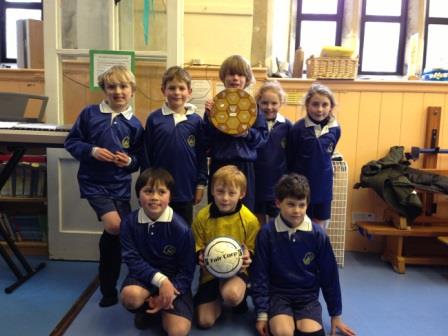